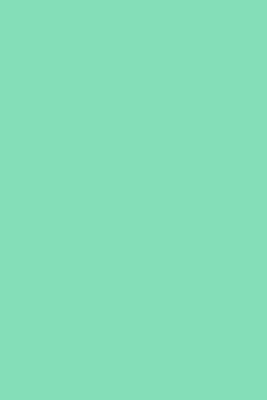 The Future of E-commerce On Social Media Platforms

Get in loser, we’re going shopping!

Except these days you don’t need to get in a car, or even leave your home – online shopping has exploded in popularity and social media platforms want a piece of the e-commerce pie.

While brands try to redirect us to their official websites to make purchases, social media companies want us to stay on their apps for as long as possible. That’s why social commerce is on the rise! Instagram Shops are well-established, TikTok has partnered with big influencers like Kylie Jenner to launch their store, while Twitter recently entered the fray by collaborating with Shopify to access their consumer base. But there’s so much more to social commerce than just adding a shop button to your profile.

The biggest TV events of the summer

Does anyone smell spray tan? Unless you’ve been living under a rock, you’ve probably heard the phrase “Love Island” a few times over the past month! The premiere episode this year brought in 5 million views and brands were quick to capitalise. After criticism of their promotion of fast fashion in previous years, Love Island partnered with eBay to promote pre-loved clothing and dress their contestants accordingly.

They were driven to this decision through social media engagement with their young audience, a consumer group now more interested in buying and selling through second-hand shops like Depop and Vinted. While the ad breaks still feature the likes of boohoo and other low-cost online retailers, and contestants are likely to partner with those brands after leaving the show, this move towards sustainable fashion is a real sign of the impact consumers can have on brands.

However popular social e-commerce has become in the US and Europe, Asia is much further ahead! This form of shopping now accounts for over 13% of all online sales in China, compared with just 4.3% in the US. Some of this is down to advanced technology in Asian markets, where people jumped straight from offline shopping to mobile use in a short space of time. The West moved more slowly, with traditional advertising moving online in the form of pop-up ads and emails before transitioning to mobile-first commerce.

When TikTok trialled livestream shopping in the US, they were disappointed with the results compared to Asian markets. Live e-commerce in Asia is “part variety show, part infomercial, part group chat”, where influencers host livestreams with integrated product promotion and direct links to buy any featured items (really authentic, right?). It’s been a huge success, so we’ll just have to wait and see if it grows in popularity in US and European markets.

As social media influencers continue to grow in popularity, they have become a new form of celebrity – one with potentially more “influence” (shocker) on their audiences than Hollywood A-listers. Brands can access this goldmine via official partnerships, post sponsorships, social takeovers, or simply by gifting items and hoping for positive reviews.

The launch of internal stores within social media apps adds an extra element for brands to consider – should their partnership include selling their products on a chosen influencer’s shop? While adding this extra step to the process can make it more complicated, it also gives consumers a direct line to any products the brand is trying to promote, removing some of the barriers to conversion that might have put people off in the past.

What does this mean for businesses?

There will always be people who want to sell and people who want to buy, but the way those transactions are made is changing every day. E-commerce will continue to grow in popularity, but that doesn’t mean companies should neglect their physical stores; they can still be beneficial as a way to build customer loyalty, even if those sales take place online.

Honestly, we could write a whole book on where social commerce came from and where it’s going! But the key lesson is that businesses need to stay informed and be ready to adapt to changes in the world of shopping, so they don’t get left behind.