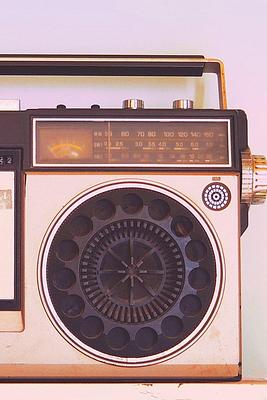 How Can Brands Harness the Power of Audio-First Social Media?

It’s 2021 and social platforms are battling over an untapped frontier in digital communications: audio.

Video may have killed the radio star, but she seems to have made a miraculous recovery. The move towards audio-based communication might seem like a strange one. At a time when most people have multiple screens in their home, place of work, and on their person, video content is more popular than ever. Yet radio has seen a revival through the medium of podcasts that can be saved and listened to after the live broadcast has ended.

There’s clearly a market for this form of media.

The rise in popularity of podcasts was a surprise to many.

It forced new media advertisers to relearn old methods of marketing – short soundbites that would emphasise the benefits of their product without visual assistance. It reached customers with a more targeted approach than traditional advertising at times when they physically (or legally) could not look at a screen. It also coincided with the rise in sales of audio devices, like Bluetooth headphones, soundbars, and smart speakers.

So, where do audio-based features and apps come into all this? First, let’s take a quick look at the most talked-about platforms.

A conference call, live radio show, and private chat all wrapped up in one social networking app. Users can listen in on interviews and discussions, with the added bonus of getting to ask questions and enter the conversation (if permitted by the moderator). Anyone can create a room based on a topic they’re interested in, and bigger names or experts can be put on the “stage” to lead the discussion. Once the conversation ends, the room is closed and disappears. There are manual ways to record a discussion, but the platform does not facilitate this.

A staple in the gaming world, this chat app supports audio, text and video interaction. Unlike other platforms, Discord relies on a subscription fee instead of selling advertising space. Stage Channels is a new feature, set up in response to Clubhouse, which allows users to create focused conversations where specific people can be the hosts, as opposed to their current service which allows everyone in the channel to speak freely. Moderators can manage who is speaking, and audience members can raise their hand to request to speak.

As a well-established platform, Twitter has the advantage of already having a large base. Despite Clubhouse’s flashy introduction to the market, the app is still invite-only. This stalls its growth while other platforms build their own rival features. Twitter’s version is being rolled out to all users, allowing people to host their own audio chats, or join the Space of someone they follow.

Unlike its rivals, Twitter aims to make the audio chats and transcripts downloadable so that Creators can repurpose their content for other platforms. They also already have a community management service in place, however faulty, which Clubhouse has only attempted to implement after online backlash.

Though lagging behind, Facebook is determined to jump into the race with audio creation tools, Soundbites, podcast support, and Live Audio Rooms. Soundbites appear to be an audio-based version of a tweet – short and sweet. The Live Audio Rooms feature is where we see a more obvious response to Clubhouse and Spaces.

Facebook has the clear advantage of still being the most popular social media platform, with a well-developed community management system in place, and access to an older population less inclined to download new apps.

From a marketing standpoint, this move towards audio-based communication is another opportunity to reach consumers during their day-to-day life, and tailor platform- and audience-specific content to best appeal to them. Industry shake-ups like this are the perfect time to reassess your overall marketing strategy and energise your teamto look for more creative ways to make your product stand out from the crowd.

Here are a few ways that we can see audio-based social being harnessed for marketing purposes:

As with any new social medium, results are not guaranteed, and there’s always the possibility that the platform will flounder in its early stages. But it’s a well-known fact that early adopters reap the greatest rewards.

We would recommend that you invest real time to study this new format and the ways in which your company or client can use it to spread brand awareness. There is very little to lose in treating audio-based social platforms as a legitimate new source of B2C and B2B interaction.

Written by our copywriter Katie Dennison