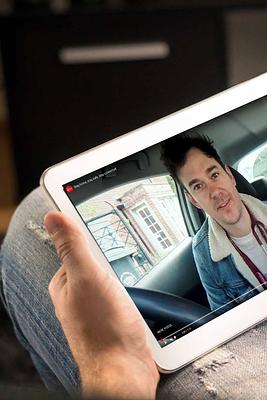 ADVERTISING DURING A GLOBAL PANDEMIC: HIT OR MISS?

I’ve trolled the web to bring you some of 2020s most hotly debated ads, whether or not they’re delivering what they promise is up to you:

Jumping on current events has always been a big part of an advertising strategy.

From the World Cup to the Love Island finale, brands are always looking for creative ways to tap into the cultural zeitgeist – it’s a way to engage current and potential customers.

But when it comes to something like a global pandemic, what are the advertising rules?

Exploring uncharted territory, many brands addressed the current climate of quarantining and social distancing by releasing ads that speak to our collective concerns. In an ever-changing situation, their effectiveness has divided opinion (not least among the Sunshine team!)

What’s heartfelt to some is cringeworthy to others, and what some people see as a clever response to an unprecedented situation, others feel is a gauche attempt to capitalise on a serious global incident.

Life must go on as much as possible and, for advertisers, that means continuing to showcase brands and make them as relevant as possible.

So, I’ve consulted with colleagues and trolled the web to bring you some of 2020s most hotly debated ads, whether or not they’re delivering what they promise is up to you:

MALTESERS - THE LIGHTER SIDE OF VIDEO CHATS

In a refreshingly more light-hearted approach to lockdown advertising, Maltesers are using the now ubiquitous video chat scenario to bring some humour to an otherwise serious situation (they’re selling chocolate after all). Showing four female friends as they video chat and share funny or embarrassing stories, it’s a reflection of just how quickly both consumers and advertisers can adapt to rapidly changing global situations, while still managing to be on-brand.

Pros: A simple concept that works well across both TV and social and appeals to a broad demographic.

Cons: The shelf-life could be limited as the novelty of video calls wears off.

BUDWEISER - A REIMAGINING OF AN OLD CLASSIC

DRAMA ALERT! This section was originally about the simple update of the classic Bud ‘wasssup’ ad, with the guys trading ‘watching the game’ for ‘quarantining’ while they enjoy a beer. But since writing, it appears that Bud has deleted this version of the ad from YouTube, and we discovered a different one that’s a bit more contemporary.

Showing friends connecting over video chat, it’s certainly a scene that we all recognise, with the iconic catchphrase making an appearance towards the end. While it’s much more relevant to the current situation, there’s something about it that just doesn’t quite match the charm of the original. But at least now if you hear your neighbours yelling ‘wasssup’, you’ll know why. You might even join in!

Pros: Relatable style with a nod to nostalgia.

Cons: Just doesn’t quite capture the spirit of the original.

VIRGIN MEDIA – THE POWER OF PEOPLE

A perfect example of how many companies are tackling lockdown advertising (see also McCain and Apple), Virgin Media harness ‘user-generated content’ to give their spot authenticity and relatability. Showing a diverse range of Brits doing their best to make the most of lockdown, the ad pairs real-life footage with a stirring song that taps into the emotional aspect of lockdown life.

Pros: Real people lend authenticity to the brand and there’s no obvious push for sales, which is crucial at a time where audiences are hyper-aware of overt marketing.

Cons: With other companies leaning into this type of emotionally charged content, it can come across as overly sentimental in a John Lewis Christmas advert sort of way.

This much talked campaign aimed to deter people from venturing outside for fear of encountering a big fat spoiler for their favourite show. The twist? It wasn’t even an official campaign. The concept was dreamed up by a pair of students from the Miami Ad School Europe in Hamburg going by the name Brave, who urged people to #staythefuckhome or else risk having their current Netflix obsession ruined.

Though the billboards were all digital mock-ups and the hashtag contained a rude word, many people bought it as a real campaign and a viral sensation was born. Netflix never made a statement about it though. Maybe they didn’t want to spoil the fun?

Cons: Even if you don’t go outside, chances are you’ve had a plot twist ruined for you. Thanks, Brave.

Coronavirus advertising – clever creative or cringeworthy content? Join the conversation on our social channels or drop us a message. Might be lockdown talking, but we’re a talkative bunch!